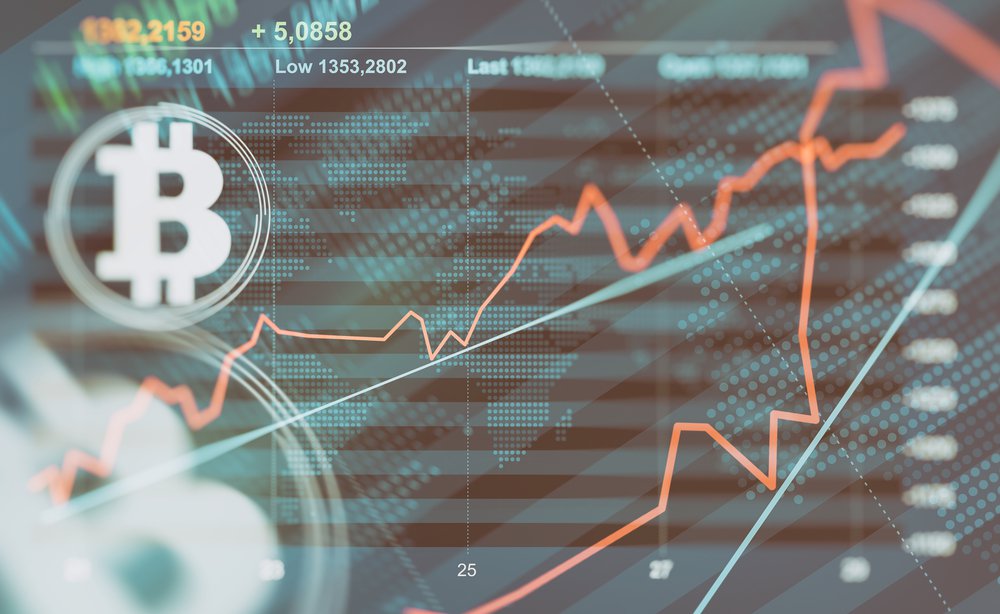 The last 24 hours were interesting for the crypto lovers. Bitcoin suddenly made a progress and surged from $ 6.450 USD to more than $ 6.700. It splashed a momentum that it has not experienced in the late few months. Recently, the Bitcoin showed an extremely low level of volatility and got stabilized around $ 6.400 – 6.500 USD. But these last hours surprised even the most skeptical crypto bears and certainly brought a hopeful movement at the coins’ horizon.

Now, bids and predictions go to the $ 6.800 USD mark of resistance. According to many crypto evangelists, Bitcoin will definitely skyrocket again, as it was assumed at the beginning of the year. Opinions say it will break the resistance in the next 12 to 24 hours and if that happens, Bitcoin will enter the $ 7.000 USD range. An evolvement like that would certainly ‘clear the way up’ for the currency and a moon would be expected.

Meanwhile, Ethereum keeps a relatively low price of a little bit over $ 220 USD. If it seems too cheap for you, compared to last year's tremendous prices, do not be fooled – this is more than a 6% increase for the last 24 hours. The market volume was relatively low the past week but just for 12 hours, it showed a small boost.

All of this is happening at the end of a weird month for the cryptocurrencies. Some of them occurred to have bugs, prices were keeping on the low and predictions were getting too negative. Vitalik Buterin for instance, the co-founder of Ethereum, even went to the conclusion that no other crypto boom is possible.

There isn’t an opportunity for yet another 1,000-times growth in anything in the space anymore.

Publicly announced the Ethereum father in an interview for Bloomberg earlier this month.

On the other pole stands Brian Armstrong, CEO of Coinbase, who forecasts a bright future for the cryptocurrency market. Armstrong seriously thinks that more than a billion users will be in the crypto ecosystem by five years from now.

It makes sense that any company out there who has a cap table… should have their own token. Every open source project, every charity, potentially every fund or these new types of decentralized organizations [and] apps, they’re all going to have their own tokens,

The crypto mind said in front of TechCrunch at the beginning of September.

Yesterday (September 27th, 2018), Thomas Lee expressed a similar to Armstrong’s opinion. Lee is a famous financial bull with almost 15 years of experience in J.P. Morgan Chase & Co. before he moved to Fundstrat Global Advisors, where he now executes the role of a Managing Partner and the Head of Research. His latest post on Twitter states a prediction for a future rally of the Ether. The bull foresees the immense price of $1.900 by the end of the year. Lee explains the Ethereum downfall with the EOS’s dump, which is based on the Ether platform. EOS, he told CNBC, oversupplied the market, selling Ethereum and then moved to their new token.

It was a difficult year for the Ethereum, which was the crypto star of the last one. That is why all negative assumptions about its near prospective are absolutely justified.

But Thomas Lee believes that

[…] the sentiment is currently overly negative on ETH,

Cites CNBC and continues with the bull’s expectation that:

We believe Ethereum is about to stage a trend reversal and rally strongly.

All in all, the cryptocurrency market is currently at a good stage. A warm-wind movement was sensed by traders and people seem to trust the positive foresight better. Lee’s assessment has only three months to prove itself right, though.