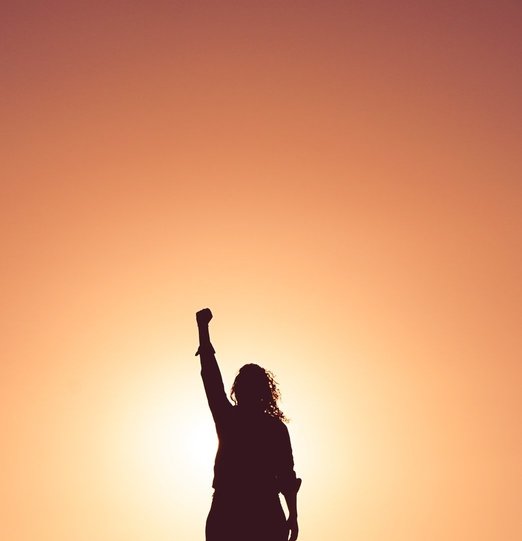 Who is Satoshi Nakamoto is a puzzle that still keeps crypto fans awake at night. And it is understandable, who would create one of the greatest inventions in recent history and then abandon it?

The case is extremely curious and there is a lot written about the enigmatic Bitcoin’s creator. But it turns to be a never-ending story. Here, CryotoFrog collected interesting facts and opinions from various sources for a brief but moving presentation of Satoshi Nakamoto.

What do we know so far?

It all started in the society of cypherpunk where Satoshi participated. The idea of control-free communication and independence of the government is not new. Remember George Orwell’s 1984 and the totalitarian regimes in Eastern Europe: the system of secret agents was widely used. However, the movement rose in the United States in the 70s with traditional mails at first. After the mass adoption of computers, the question of privacy became even more urgent. In a digital era like ours, the demand of new monetary system and emancipation of the establishment seems obvious.

So, Satoshi was part of an emailing list where electronic cash was discussed. Bitcoin did not come out of nowhere, there were predecessors like Wei Dai’s b-money or Nick Szabo’s bit gold. There is a very interesting story by Theymos (believed to be the university professor Michael Marquardt, although highly unlikely). However, Theymos was also a member of the BitcoinTalk chatroom, where Satoshi made him an administrator later. He is a long-time administrator of r/Bitcoin, too, and he posted the following story there. Although a bit long, I will cite it fully here.

For some time, Satoshi lurked on various cypherpunk mailing lists. It was a little hobby of his, but he wasn’t famous or a major participant. One day the idea for Bitcoin came to him. He wasn’t sure that it’d work, but he was excited about it, so he thought that he’d give implementing it a try. In the two years that it took him to finish 0.1, new interesting facets of the problem presented themselves, and he was able to solve them. He considered a number of future use-cases and added support for them to his software. When it all seemed to be working OK, he released it.

You have to understand that the ideas behind Bitcoin are not way out there. All of the cryptos already existed, and even the idea of a blockchain already largely existed in the form of git. Satoshi didn’t need to be a mathematician, cryptographer, or master software engineer to come up with the ideas behind Bitcoin and then implement them. In fact, I think that Satoshi might not have been much of a programmer before building Bitcoin. But he was dedicated and detail-oriented. Maybe he read a good C++ book front-to-back before starting on the coding, and then put real effort into following best practices (with a large amount of success, though some imperfection).

In 2009 Satoshi was probably disappointed that Bitcoin wasn’t getting much attention. But when things started picking up in 2010, he enjoyed explaining Bitcoin to people. He liked talking about the technology that he’d spent so much time thinking about and coding.

But then various more difficult problems arose. He didn’t have a solid idea for long-term scalability. He’d always planned to implement SPV in his client, but doing so looked like it’d take some major hacking. He’d had vague plans of auctions & trading systems built into the client, but he couldn’t find a good design for these things. Etc. Additionally, he was having to deal more and more with people, which he didn’t much enjoy. Some people started to question his technical decisions, making it more difficult for him to make changes, and he couldn’t always depend on miners running his code. There was also WikiLeaks and Gavin’s CIA visit. All in all, Satoshi probably felt like he was losing track of the project, and moreover, he didn’t see anything technology-wise that he particularly wanted to work on; the programming that needed to be done was huge and/or conceptually very difficult (including some things which haven’t been settled even today). So he just gradually lost interest. Most people forget that he didn’t just completely vanish one day; first he left the forum and only responded via email, then he only responded to a handful of his usual correspondents via email, and finally, he stopped responding to even these people.

After his last forum post, he said he was “venturing into more complex ideas”, I think that this was not some hint that he was quitting Bitcoin and doing something else. I think that sometime after this post he actually did do a lot of work on solving some big technical problem, but failed to really solve it. And then when he looked back at the Bitcoin community, where there were now a few devs (Gavin, Sirius, Lazslo, etc.) doing some work, and some real companies/organizations starting to form, he found it too tempting to just leave things alone.

Satoshi was extremely obsessed with privacy issues and took a big effort to stay anonymous. The popular version is that he was an academic and did not like to talk to people much. In fact, co-developers who worked with him on the Bitcoin project say that all non-technical questions stayed unanswered. It is believed that he was American probably from the Commonwealth States. That was revealed by a stylographic inquiry of his language: certainly English native with some British expressions.

Laszlo Hanyecz, an early Bitcoin developer, describes him as quite bossy, paranoid and weird. Although in the programming society there are many bizarre characters, Hanyecz says, Nakamoto was totally strange.

There are many of those already. The list includes Hal Finney who helped in Bitcoin’s testing and received the first coin ever; the developer Nick Szabo who is proven to use similar to Satoshi’s language and was keen on bit gold back then; Craig Wright, the Australian self-proclaimed Bitcoin inventor who turned to be a liar; and Dorian Prentice Satoshi Nakamoto, a Japanese American physicist. They all occurred to be wrong. There are some speculative theories that the U.S. government knows who Satoshi is but refuses to even confirm it publicly, like this one.

Many people doubt the figure itself and rather believe it was a group of developers. That theory is strongly supported in the crypto community but is not proven as well. I personally also disagree with the group hypotheses although it is just a hunch. Apparently, the whole project was not developed by a single person. But there was one writing emails and forum posts, one who was programming the initial version and made the first transaction. And from all impressions, shared by co-developers, concludes to a certain consistency in his attitude. Which would be impossible if it was a group. But, hey, who knows?!

Why did he leave?

Anonymity is understandable but why after creating a new type of money you would just disappear? Speculations on this question are even more. One theory says Satoshi is just dead. Not impossible for sure but supported by facts. The rumor has it he disappeared all at one but now we know it was not true. Gavin Andresen shares on a podcast that:

Um… I haven’t had an email from Satoshi in a couple months actually. The last email I sent him I actually told him I was going to talk at the CIA. So it’s possible, that…. that may have um had something to with his deciding.

It was just after Satoshi send him Bitcoin’s alert keys. Andresen writes back to tell him about the CIA and never gets an answer.

But he did not vanish right away. First, he leaves the chatroom on BitcoinTalk probably disappointed by the cryptocurrency development or, on the contrary, decided to leave the work to others. At the time, he keeps an email communication with the other programmers and still participates in the project. But sometime after, he stops replying to emails and goes into a complete silence.

Perhaps he was feeling the Bitcoin’s true potential. Owning a million of these coins could put him in danger. Now, people wonder how it is possible to just dump that kind of fortune. Interestingly enough, Satoshi is currently the Bitcoin’s biggest rival – if he decides to introduce these coins on the market that would provoke a major oversupply and ruin market’s stability.

On the other hand, he also sensed that his anonymity is underexposure. He knew that he could hide for a while but sooner or later his identity would be revealed. And he might be afraid he would have huge problems with the banks, institutions and maybe with the law if he is American. No matter what the true reason was, it was Bitcoin’s vital favor. If he did not hide, Bitcoin’s story would be totally different and no one knows what. And as we see, Bitcoin is a great success with broad potential uses. 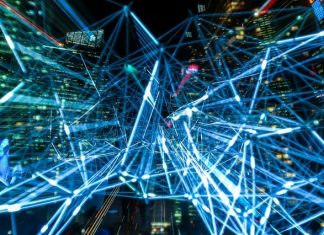 Rapper T.I. Will be Sued for Crypto Scam