On 23rd of October, the local newspaper Taipei Times reported that the country plans to draft standards for the Initial Coin Offering. The announcement comes from the chairman of the Taiwanese financial regulator, the Financial Supervisory Commission, Wellington Koo, who spoke on a press-conference of the Legislative Yuan’s Finance Committee. The draft should be completed next June.

The Commission would regulate a certain part of the newly launched ICO’s, though. As Koo explained, new standards would not cover Offerings for goods and airline services, because:

The more we regulate, the more this new economic behavior wanes.

Unlike other Asian countries, like China and South Korea, Taiwan wishes to adopt a crypto-friendly business atmosphere. On the session, the common opinion was that the development of the blockchain and the latest innovations should not be missed in the country.

Another crypto proponent in Taiwan is Jason Hsu, a congressman of the Kuomintang Party (KMT). His view on the technological future of the state is pretty clear, as quoted by the Asian news portal The New Lens:

Just because China and South Korea are banning, doesn’t mean that Taiwan should follow suit – there is a huge opportunity for growth in the future. We should emulate Japan, where they treat cryptocurrency as a highly regulated, highly monitored industry like securities.

China has recently banned all crypto-related activity, which forced many blockchain companies to move out abroad, as CryptoFrog reported. In South Korea, the bar is also still relevant, but will probably reverse soon.

However, according to the congressman Hsu, the statement of Koo is a good way of greenlighting the new Financial Technology Innovation Experimentation Act in the current parliament. It was proposed in May this year but is still not officially approved by the government.

Taiwanese crypto market is quite dynamic. Neighboring country’s bans only contribute to even more ICO’s and crypto investments on the local exchanges. Considering the huge risk of scams in the ICO field, regulations are strongly needed. For the last year, 81% of the ICO projects were frauds, the legislator William Tseng said on the meeting. Only for the month of April, 80 white papers were faked, he uttered citing a study by the Satis group. Hence, the research only shows that a legal framework is essential not only for Taiwan but for every country worldwide. 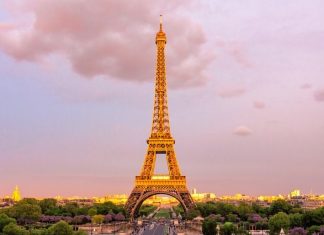 0
France struggles to regulate its ICO market for quite a while. However, the process still goes in a slow way. At the beginning of...