For the most part, bearish conditions in the cryptocurrency showed were prevalent throughout January; however, day traders who follow technical analysis noticed that a few digital currencies are starting to distance themselves from Bitcoin in terms of market activity. While BTC/USD was mostly flat during the final week of the month, things were picking up for Ripple with an uptick in volume and price gains around 7 percent.

Optimists who were hoping XRP/USD touching the $0.50 mark in January had to settle for a high of $0.3314 on January 30. it should be noted that XRP almost dipped below $0.28 just one day before it reached its highest price for the month; it is interesting to note, however, that technical analysis observations on this token suggest that a head and shoulders pattern formation is underway, thereby supporting a bearish period.

H&S patterns form when an asset hits a peak price and then proceeds to decline towards the base of the previous lower level. What happens next is a price increase that subsequently drops back down to the base. The initial peak is once again reached before heading back down. To a certain extent, H&S patterns form in sideways markets, particularly when looking at daily charts, and they offer traders opportunities to look for good market positions. 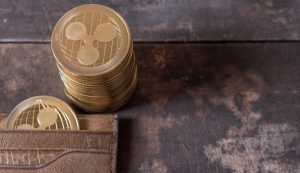 In the case of XRP/USD, a strong trend line has been in place since July 2017, and the time to test it could be near. Should the trend line be broken during a bearish period, XRP could test the waters at $0.277, which would become a support level. An even more bearish scenario could bring prices closer to $0.2, which would signify a 35 percent drop from late January.

Looking at the H&S pattern formation, resistance for XRP/USD would be around $0.4, a price that has not been seen since May 2017, and a level that is a lot closer to the optimistic $0.5 forecast that many traders have in mind for 2019. The left shoulder of the pattern formed during the bullish rally that most cryptocurrencies experienced in 2017.

The H&S Pattern for XRP/BTC

Traders who take positions on XRP/BTC are also looking out for signs of H&S patterns. The upper trend line of the resistance level has already been tested, which means that XRP/BTC could see a major bearish move towards 0.00007. Since H&S patterns also have a bullish aspect, which is represented by the head peak, a trip back up towards the resistance level would result in XRP/BTC pricing around 0.00009.

In the end, traders should keep in mind that H&S pattern formation features various necklines, some going up and some retreating. Prices can rise three times during the H&S period, but it is a mostly bearish pattern that many investors prefer to see develop and come to an end so that they can take a position after the final neckline. 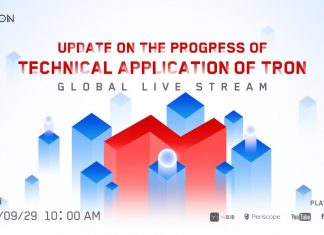 0
Tron's CEO Justin Sun talked on 29th of September 2018 in a global live stream about the future of the coin. Tron is very ambitious...