Elon Musk, the founder of the automotive and energy giant Tesla Inc., is famous with his strange posts in Twitter. The last one, published on 22nd of October, was a mock to Bitcoin scammers which seem to overcrowd the social media lately.

The bizarre rhetorical question was accompanied by an anime generated in a website for cryptocurrency pictures. Musk had only confirmed his long-time loving of the animes.

After the post, Twitter locked his account for a while but quickly recover it. The step was provoked by hacking assumptions, the social media undertakes. Twitter has been taking measures to ban crypto scammers lately since millions of coins were stolen over the media. Some fraudulent users claim they ‘give away’ tokens or offer a sort of an ‘airdrop’. Scams went so viral, that even Vitalik Buterin, the infamous co-founder of Ethereum changed his profile name to ‘Vitalik Non-giver of Ether’ (Ether is the coin that stands behind the Ethereum platform).

According to a research of ITPro, more than 15,000 Twitter accounts are crypto-giveaway scam bots. The team went through 88 million accounts and the results were snapped only for a few-month time range. The bots were following same users, raised lots of spam posts and claimed fake giveaways.

Musk’s post is probably an answer to the rumor various news websites posted, that the flamethrowers, produced by his Boring company, can be purchased online with cryptocurrencies. Even websites, claiming to accept digital assets in exchange for the fancy gadgets, came out which was clearly fake news.

This is the second time the peculiar Tesla father got in trouble after a tweet. Earlier this year, a huge scandal with the Tesla share’s price exploded, when he posted the sum of $420 a share, much higher than the real one. Then, the U.S. Securities and Exchange Commission fined him for $20 million and removed him from the Tesla chairman position. 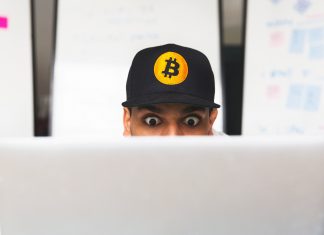 How Did We Get Here? 5 Kooky Bitcoin Predecessors

2
In the contemporary world, we live in, we tend to take everything that exists for granted. We are so hooked on technology and so...