Today, the global popularity of cryptocurrencies has generated a lot of interest in the mysterious online mining process. Some would-be blockchain billionaires nurture dreams of making huge online fortunes with minimal effort. While a flourishing market in cryptocurrencies has indeed produced sizeable sums in financial markets, experts hasten to caution ambitious miners their real-world lucre from this blockchain activity ultimately depends upon ongoing market demand for specific cryptocurrencies: an iffy proposition in some cases.

Today, the two most popular and widely known cryptocurrencies carry familiar names. Both Bitcoin and Ethereum have attracted considerable public interest. Other cryptocurrencies with well-established online followings include Dash and Litecoin. A product called ZCash has sparked enthusiasm among some miners because it pays more coins per block than Bitcoin.

Indeed, P.H. Madore has reported the total cryptocurrency market has contributed a staggering $18 billion to the global economy. This wealth creation process inspires some blockchain enthusiasts to try cryptocurrency mining. Should they really anticipate earning actual money for doing nothing? No. In order to maintain a successful mining operation, these entrepreneurs must possess three key resources:

All these factors impact the returns obtained by specific cryptocurrency mining efforts. While some mining ventures do succeed very well from a financial standpoint, a variety of factors enter into the return on investment.

About Cryptocurrency Mining: An Illustration

To illustrate how all these considerations, enter into cryptocurrency mining, simply consider the example provided by Bitcoin mining. This cryptocurrency, the world’s first huge success, envisions a gradual reduction in mining block payments as demand for Bitcoin increases and the value of individual Bitcoins appreciates. Its paradigm built-in generous rewards for pioneers who engaged in Bitcoin mining while the cryptocurrency remained comparatively unknown. Reportedly, the mining of new Bitcoin ceases in 2140. The halving in the number of Bitcoins received by miners for block production has already commenced and will continue at regular intervals until that date.

Bitcoin mining requires nothing more than a power source, a computer, and a location within a jurisdiction tolerant of computational activities. Bitcoin constitutes a digital (not a physical) currency. It consists of a long chain of numbers generated upon the solution of a computational problem. Mining involves dedicating computer resources to solving some very complex equations on a trial-and-error basis. In every block, one solution unlocks new Bitcoin and the miner(s) receives compensation in the form of Bitcoins. Since the scale of the computational mission exceeds the capabilities of most PCs even today, the computers of Bitcoin miners typically serve as cogs in a large cohort of computers working on the same Bitcoin equation; the participants each receive a fractional share of the Bitcoin unlocked through their efforts.

The Future of Cryptocurrencies

What will the future of cryptocurrencies hold? Today, Bitcoin, Bitcoin Cash, and Litecoin all use a model in which the production of coins halves at intervals. Their designers envision the value of these online virtual currencies as rising. Another cryptocurrency called Monero employs a radically different model. It reportedly will yield the same reward for the mining of blocks in the future in an endless continuation of equation solving.

With many cryptocurrencies seeking miners online today, would-be virtual coin miners discover a variety of possible models to consider. Will they strike it rich? Perhaps this result will depend upon market forces of supply and demand in financial markets and Cyberspace! 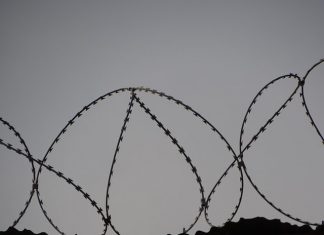 0
As CryptoFrog reported two weeks ago, the Thai fraudulent scheme was organized by the famous soap opera actor Jiratpisit “Boom” Jaravijit and his family....