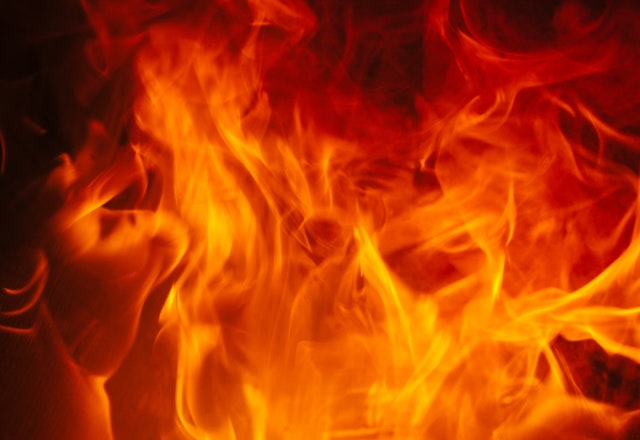 Tether LLC., the company behind the USDT token, announced on Wednesday 24th of October that it will burn more than 50% of its total market capitalization. 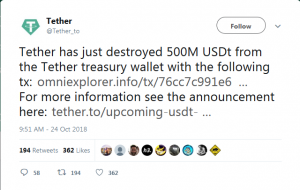 Tether is a stablecoin pegged to the U.S. dollar and is supposed to be on a ratio of 1:1 to it. However, as CryptoFrog reported two weeks ago, on Monday, October 15th the USDT experienced a substantial drop down to $0.93 USD which led to a surprising spike of the Bitcoin for the day to over $7.000 on some exchanges. The decline was related to the turmoil the exchange Bitfinex caused, suspending the USDT purchase on their platform. At the time, it became clear Bitfinex returned a huge amount of Tether tokens back to the company, due to a low buying interest. Investors then went eager to redeem their tokens, and the redemption reached the cosmic sum of almost 800 million USDT. Speculations about Tether’s fiat coverage came out despite the firm’s constant statements of immutable transparency.

Over the course of the past week, Tether has redeemed a significant amount of USDT from the circulating supply of tokens. In line with this, Tether will destroy 500m USDT from the Tether treasury wallet and will leave the remaining USDT (approx 466m) in the wallet as a preparatory measure for future USDT issuances.

Tether made two moves: firstly, it moved 500 million USDT from its treasury to the official issuing address and after the transaction was completed, it destroyed them for good.

Doubts about the company’s fair policy are still in the air. The public reactions go from “The scam has been uncovered” to the logical explanations like “They [Tether] print AND destroy tokens based on demand and supply to make it stable. They burned tokens to raise the price back to one dollar. All of you need to start learning basic economic concepts.”, expressed by someone with the alias Bitwhale. However, USDT’s legitimacy is seriously shaken. Since the company failed to provide legal auditing services in June, traders do hesitate on the tokens’ backup. Speculative opinions say Tether perhaps did not have a fiat reserve to support its digital assets, which provoked the radical decision of burning them.

0
This week was extremely exciting for the crypto world! Check out why: