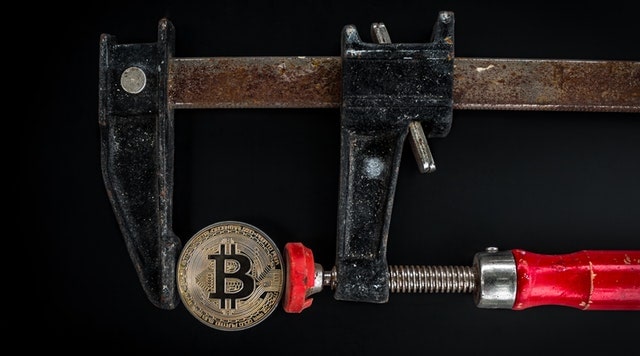 Bitcoin’s price showed incredible stability for the last couple of months. It was circulating around $6.500 with a single breakout over $7.000 USD on 15th of October 2018. The low volatility rate was praised by many as an important step towards its mass adoption. However, this Wednesday the market nearly crushed.

On November 15th Bitcoin hit a record of roughly $5.300 on some exchanges. The most popular cryptocurrency in the world has not seen so low levels since October last year, i.e. before its overwhelming jump to almost $20.000. Bullish predictions felt disappointed. All the hype around Bitcoin’s white paper birthday just fade away and reportedly, traders started selling. As seen by the graph, the panic raised Bitcoin’s trading volume because users got probably quite worried. 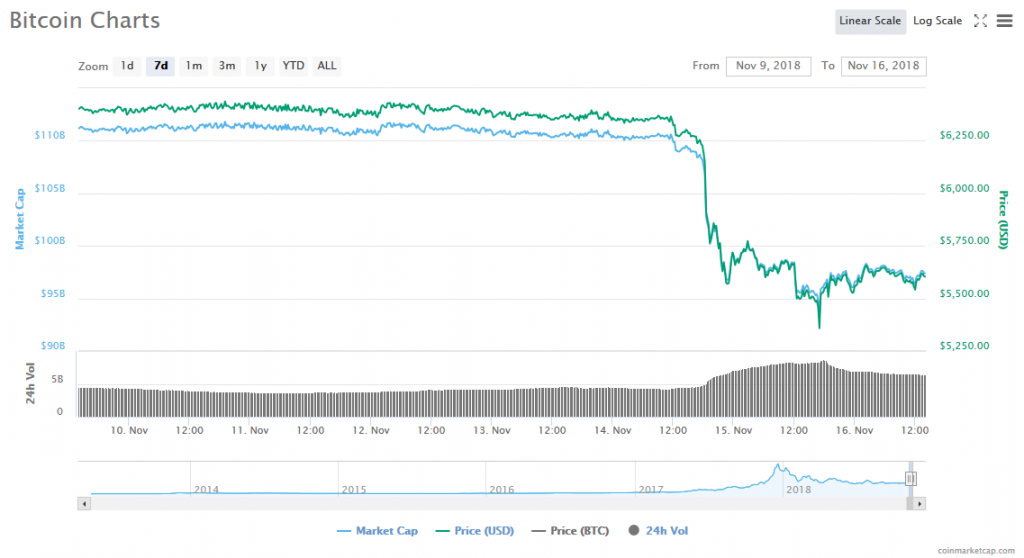 With financial markets, we cannot be sure what exactly led to the current situation since it is usually a complex mix of internal and external factors. And yet, the date matches the event of the Bitcoin Cash’s hard fork. On Wednesday, as CryptoFrog reported, the BCH upgrade was scheduled. That led to huge public attention to the altcoin and, of course, investments in the latter. Usually, when hard forks are conducted that is related to some sum of free coins given to the owners of the pre-forked token and those who support.

Joshua Frank, cryptocurrency analysist from the platform TheTIE.io, told before Forbes that the Bitcoin Cash fork certainly reflected the whole digital assets market. Here is how he explains it:

We have seen this FUD and confusion in Twitter conversations. This is reflected by the fact that Bitcoin Cash has had sentiment volatility three times higher than any other major cryptocurrency over the last 24 hours and BCH’s tweet volume is 217% higher than its 20-day moving average.

With the uncertainty expressed by crypto traders on Twitter, both the short and long-term sentiment of Bitcoin Cash remain negative. It will be interesting to see how the sentiment of BCHABC vs. BCHSV, as well as miner adoption, play out over the next 48 hours. We anticipate this having a strong impact on future price movement.

According to other financial experts, the market was very sensitive anyway and the hard fork just triggered what was about to happen anyway. Tim Enneking, for example, from the Digital Capital Management, expressed quite a similar opinion:

The markets have been incredibly soft, and the BCH fork simply provided the catalyst for a drop that’s been waiting to happen for a while now.

However, the deep drop could turn out to be a good bounce for the Bitcoin. Currently, it slowly recovers at $5.600. For quite a while, the Bitcoin kept the level of resistance to $6.000 and that would be its next goal again. If it supports this level for a month, the Bitcoin still has the chance to end the year positively.